Tired of Streaming Masses? An Alternative Option for How Families may worship in Spirit and in Truth in this time of Crisis.

■ Rorate Caeli ■ One of the phenomena that has sprung up during the Covid-19 crisis is the “streamed” Mass. Without going into technical details, all that is needed is a camera, even an iPhone will do, and software that allows the image and sound on the camera to be transmitted continuously for display on a computer or TV. This is different from a “recorded” event that is stored as a whole and then can be watched at some time in the future. In this way, a streamed Mass gives the impression that the viewer is in some sense “there” with the priest who is offering the Mass, because it is contemporaneous, or nearly so. It is obvious why the practice of streaming Masses has become so widespread and popular during a time when the great majority of Catholic churches cannot celebrate public Masses because of the ban on groups of people congregating in the same place.

I remember those awful televised Masses in the 1980s from a small studio with 5 or 6 people sitting on metal folding chairs, a priest standing at an obviously make-shift altar table, and someone leading the music on a guitar. I reacted to those Masses quite negatively because of their affront to my aesthetic sensibilities. But even when I watched recorded Masses that made a real attempt at preserving the beauty of ceremonial and music, I knew that there was something not right with this. When I made parish calls and visited elderly people in their homes to bring them Holy Communion and to chat with them for a while, quite often I walked in to find them looking at one of these televised Masses. They would tell me how watching the Mass on TV gave them emotional comfort in their situation of not being able to go to Mass in church because of their physical condition. I fully understood what they were saying and sympathized.

But it still left me uneasy. Because of my scientific background I knew that what is watched or seen on TV is basically electrons reacting with molecules that can be switched on and off as light sources. How does that relate to the reality of what a person sees on a televised Mass? What does the person see at the elevation of the Host? All these questions I set aside for many years, because my pastoral duties as a priest were always at the heart of the matter, not speculation about TV and reality. But the sudden rise in the number of Masses being streamed during the pandemic crisis, especially those Masses of Holy Week, impelled me to reconsider the questions about such Masses that have been on hold in my mind for so many years.

The Church has always understood the Mass as a supernatural event in which the priest, and the congregation assisting him, “bring down” the eternal, bring down heaven in some sense, in doing what Jesus asked us to do: in mei memoria. “Therefore with angels and archangels and the whole company of heaven….” The precept of the Church to attend Mass on Sundays and Holy Days is of course based on the Commandment to worship God. And this worship in spirit and truth is the offering of the Holy Sacrifice that is the source of grace for the forgiveness of sins that makes possible eternal life in God.

Many years ago I took a seminar course on the writings of the theologian Karl Rahner. I tried my best to get through the gnarly language of his essays. His brother Hugo claimed that to read these essays in German was even more difficult! One of his essays, published in his Theological Investigations, deals with the Resurrection of Christ. He asks a question in this essay that I found fascinating and still do. Rahner asks: “If you had a camera in the empty tomb at the time of the Resurrection, what would you see?” His answer is: Nothing.

I was fascinated by his answer, and I remember agreeing with his answer, but I could not explain why. I disagreed with Rahner’s sharp demarcation between the physical and the spiritual on which his understanding of the Resurrection seemed to be based. But his answer to his question about the camera in the empty tomb I continue to believe is true. The Resurrection transcends time and space. It involves the thunderclap between the natural and supernatural but in a way that we cannot know. That is why Jesus’ post-Resurrection appearances are so mysterious and why the disciples have problems believing that this is the same Jesus they saw die on the Cross. His presence does not depend on the laws of physics but rather on himself in his resurrected state. The physical and the supernatural are enjoined in Jesus’ resurrected body in an incomprehensible way.

So what does a camera “see” when it is streaming a Mass? It sees nothing really. It is using a process involving subatomic particles and electronic transmission to “deliver” this transmission to an acceptor like a TV or computer. When one watches this streamed Mass what one is seeing is the result of the electronic transmission that forms an image on a screen. If one is streaming a movie then what one sees is the image of that movie, and a movie itself is an image. One can stream a “live” concert and say things as: “It was just like being there!” But because the Mass is truly a supernatural event whose heart is the mystery of the offering of the Son to the Father, the image on the screen is Nothing, in the sense that it is not the Mass. It is watching Father going through the motions of the Mass. It cannot be and is not the Mass. I saw an invitation from a bishop, a good man, inviting those of his diocese to “join him in celebrating Mass this coming Sunday” via streaming. No. Those who watch cannot join in the act because their physical presence is required to be part of the supernatural event that is the Mass.

What the situation in this pandemic clearly shows is (1) that our Catholic laity do not understand what the Mass is (2) that in many cases—and this includes so called traditionalists–they have reduced Sunday worship to “getting Holy Communion” and (3) that they have never been given the intellectual and spiritual resources to be able to even conceive of what they can do as a family to worship God on Sunday in a crisis situation such as we are in right now. The Mass is the center of our Catholic lives as the supreme act of worship of God. But the Mass is not the Catholic faith. And the Mass is certainly not the only source of grace. I have quoted Ste. Thérèse of Lisieux so many times in this context. Her words are these: “Tout est grâce”, which are also the last words of the little priest in Bernanos’ wonderful novel as he is dying. In English translation: “Grace is everywhere”.

I offer here a suggestion as to what a family might be doing on Sunday morning without the Mass being available at this time. Gather the family together. Let a parent begin by reading the Introit of the Day, followed by the Collect of the Mass. Then let one of the children read the Epistle for that day, followed by the Alleluia verse by another child. Then a parent reads the Gospel of the day with all standing. This is followed by a brief silence and then a Family Rosary. And that is Sunday worship for that day, and it is fine and it is good and bestows grace.

For some families to do this on Sunday morning will be a challenge, for it forces the parents to in a real sense to witness to their faith in a personal way outside of the parish Sunday Mass. This is not rote Catholicism. It is family witness to the Catholic faith, the acting out of the family as the ecclesiola, the “little Church”. It is a real opportunity in a time of real crisis in this society for a family to worship God together in this way outside of the Holy Mass. And the grace that flows from this act of worship will increase the faith of each member of the family, and the faith of the family will be stronger when, Deo volente, they are once together at Sunday Mass. 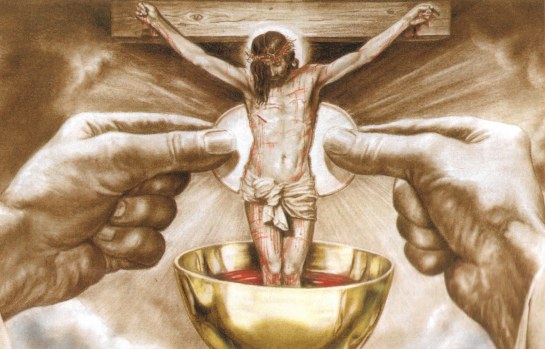 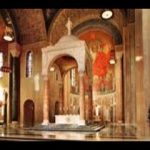 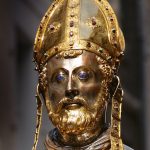 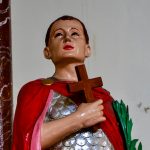