Like many Catholics trying to fit daily Mass into their lives, I can be a church hopper. We travel a bit outside our town for a lovely Sunday liturgy, but on weekdays where I go is determined by convenience.

Shortly after the crisis broke I landed at my kids’ school Mass where effort is made at having reverent and prayerful music. After Communion, silence was followed by the high school choir singing the Adoramus Te, Christe, a simple and hauntingly beautiful chant.

I’m not well-versed in sacred music, but a priest once told me that a principle for deciding if a piece of music should be used in the Mass or not is whether the melody could also work for secular lyrics. If it can then it’s probably not conducive to prayer. If it cannot then it’s more likely to pull us out of the prosaic world and into what St. Paul refers to as the groanings of the Holy Spirit, where words are inadequate.

With eyes closed and voices singing the Holy Spirit into my ears and into my soul, I remembered in a way more powerful than proposition why I love the Church: she is Christ’s bride who directs us to him, and he is for whom we long. Not just something to know but someone to love.

This moment of beauty impressed upon me anew why we fight for her and that the human element of the Church, which lately has so preoccupied my head and heart, is subordinate to this encounter with the transcendent God, which is the mission and purpose of the Church.

Accessing this depth of soul can be both fruit of and sustenance for the interior life of prayer. With it we become aware of him in everything, in the person in front of us, in the menial task at hand, in our achievements, in a stubbed toe, in the glorious oak tree, in an evening glass of gin… To let all of this be seen in light of the divine, to give it all context and purpose.

Without this interior life these things are only distractions, tethering us to earth and impulse, and closing off the transcendent. We have too much gin, we curse our stubbed toe, we delight in our own perceived wit or refinement, we coddle our egos and grow prickly in our wounds. It’s both gift and skill to see things otherwise, to feel wonder, to sense the stirrings of the Holy Spirit, to make purposeful the stubbed toe and menial task. The gift is grace, the skill lies mostly in not getting in the way of the gift. But not getting in the way takes a lot of effort.

How is the liturgy either helping or hindering us in that effort? If we can shake off the decades of liturgy wars, and just try to think about it honestly, we might admit most of the changes have hindered.

Many supporters of liturgical innovations said they were trying to fight clericalism — a distorted or exaggerated emphasis on the role of clerics. So for example, in order to emphasize community over hierarchy, the priest turned toward the people. The laity started doing more outwardly active jobs like bringing up the gifts. The music became more accessible and current.

But having the priest facing the people made the Mass seem more performance than sacrifice, and in so doing showcased the priest rather than allowing him to direct us to what is above. The more relatable music also turned out to be more banal, not ‘other’ enough to inspire us to the appropriate level of awe in keeping with the spiritual reality happening before us and inside of us. And bringing up the gifts in Mass is weak tea compared to meditating on the great mystery happening in the Mass itself. It’s nice to emphasize community, but not at the expense of the transcendent, from which our unity is derived.

The irony of course is that these particular efforts to fight clericalism have had the opposite effect by diminishing our awareness of transcendence, and thereby distorting the role of the priest, whose limitations and authority can only properly be understood in relation to the divine.

When the focus is shifted excessively toward human activity we risk two things. First, clerics can begin to see themselves not as custodians of truth and tradition but as tinkerers and innovators, their individualism increasing as the divine fades. Each priest can put his stamp on the liturgy, or delegate a committee to do so. Some want to celebrate Mass in a round. Some might want young people with cymbals and guitars up front. Bishops might opt to have their diocese kneel less frequently.

Second, a church that feels like a solely human endeavor is more easily abandoned when the human element of the Church fails — and it can fail pretty spectacularly.

Of course we can’t be so myopic as to say that banality in the liturgy is either the direct cause or the direct effect of this crisis, but we shouldn’t be so obtuse to think it’s mere coincidence either. There are certainly more pressing correctives. But while restoring beauty is not a panacea, neither is it of inconsequence.

Perhaps we can start with better music. It’s an elegant corrective: simpler to change and more powerful for the liturgy than architecture because of the nature of music itself, but also because, simply stated, I can close my eyes but not my ears in Mass. The Catechism (no. 1156) says, “The musical tradition of the universal Church is a treasure of inestimable value, greater even than that of any other art. The main reason for this pre-eminence is that, as a combination of sacred music and words, it forms a necessary or integral part of solemn liturgy.”

Kneeling there in that humble makeshift church, sometime classroom, the Adoramus Te pierced into my human experience with a pre-rational force that mimicked the deep longing of my soul. An abundance of this type of transcendence can be both restoration and reorientation so that through that divine light we can come to see everything, including, and perhaps most crucially right now, the Church herself. 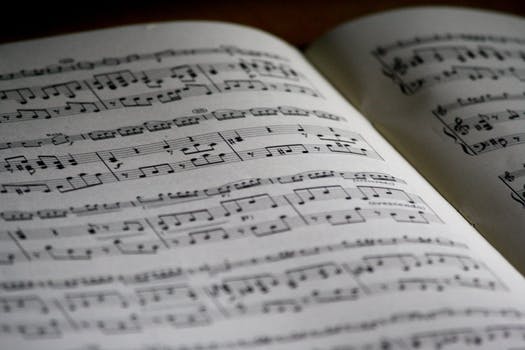 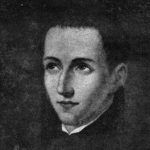 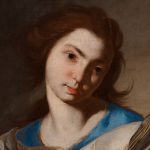 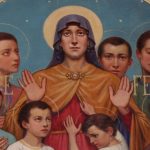