Cdl. Brandmüller: Promoters of Female Priests Are Heretics and Excommunicated

Cardinal Walter Brandmüller – one of the four dubia cardinals – just published in the German newspaper Die Tagespost a commentary responding to the recent claims put forth by the right hand of Chancellor Angela Merkel, Annegret Kramp-Karrenbauer. That is to say, especially her call for female priests in the Catholic Church. Brandmüller thus firmly says that the question of female priests has been authoritatively ruled out by Pope John Paul II and that, therefore, anybody who insists upon this matter – to include the ordination of female deacons – “has left the foundations of the Catholic faith,” “fulfills the elements of heresy which has, as its consequence, the exclusion from the Church – excommunication.”

As Onepeterfive had reported earlier, Annegret Kramp-Karrenbauer – who is nicknamed “Mini Merkel” and who is said to be the likely successor to Merkel as party leader – declared in a 10 May interview with the German newspaper Die Zeit that “It is very clear: women have to take positions of leadership in the Church,” adding that she could “very well imagine that there would be a female quota for the Catholic Church.” Most importantly, she, as the General-Secretary of the Christian Democratic Union (CDU), even called for the female priesthood: “I wish that the ordination of female priests would be coming.” However, since she sees that there would be obstacles to that demand, Kramp-Karrenbauer now concentrates “on a more realistic goal, the female diaconate,” “a real diaconate,” that is to say a putative ordination.

Cardinal Walter Brandmüller himself responds to these claims with a well-informed indignation. He now says “it is astonishing – or is it not, after all? – with what pertinacity certain themes are being conscientiously kept alive with German Catholicism.” Such themes are “always the same: female priesthood, celibacy, intercommunion, remarriage after divorce. Just recently there has been added the Church’s ‘yes’ to homosexuality.” While some expect a “Catholic spring” from such changes, explains the cardinal, the German Evangelical Church – where all these demands have already been actually fulfilled – could now also show us that such demands have had “the effects of emptying out the churches.”

The German cardinal and respected church historian reminds Kramp-Karrenbauer in his commentary that the Catholic Church is not “a human institution.” The Church is, rather, a community of those who believe in Jesus Christ, and it is “founded through the Sacraments.” The Church lives, adds the cardinal, according to the “forms, structures, and laws as given to her by her Divine Founder about which no man has power [to change] – also no pope and no council.”

Brandmüller reminds us that Pope John Paul II defined, on 22 April 1994 in his Apostolic exhortation Ordinatio sacerdotalis, “a dogma which has been self-evident for 2,000 years, but which has been now in recent times disputed by feminist activists.” The cardinal quotes here John Paul II’s words: “In virtue of my ministry to strengthen my brethren […] I declare that the Church has no authority whatsoever to confer priestly ordination on women and that this judgment is to be definitively held by all the Church’s faithful.” [emphasis added]

Cardinal Brandmüller makes it clear that this papal statement – where the pope explicitly refers to his authority and where he speaks on a matter of faith for the whole Church and makes a “final decision,” “binding upon all faithful” – “fulfills all the preconditions which are necessary for an infallible – that is to say, an irrevocable – dogmatic decision.” It is in this context that the cardinal makes the above-quoted clear statement that those Catholics who insist upon the female priesthood (as well as the ordained female diaconate) “have left the foundation of the Catholic faith,” thus falling into heresy which has as its consequence the exclusion from the Church – excommunication.” Importantly, Brandmüller applies this statement not only to lay people, but also to clergymen: “This has to be said in all earnestness – also toward those who hold offices in the Church.” This is not a question of opinion or of suppression of opinions, he adds, but it is about “a dogma as revealed by God Himself” and about “the Church of Jesus Christ whose sole Lord He is.”

At the end, [there is] one more question: How is it that since the days of the revolution of 1968 [the deep cultural revolution of the 1960s], these above-mentioned topics are being hashed about again and again, ad nauseam, even though there have been given clear theological and magisterial answers? Who is it, whose agenda is being warmed up untiringly, again and again?

This is not the first time that Cardinal Brandmüller has shown himself willing to speak clearly and in fiery ways and with authoritative strength. As some might recall, in 2015 – in the middle of the discussions concerning the synods on the family, he insisted that those who wish to change the Church’s teaching concerning the “remarried” divorcees – and even if they be prelates – are heretics. He then said:

In the same manner, every pastoral practice has to follow the Word of God if it does not want to fail. A change of the teaching, of the dogma, is unthinkable. Whoever nevertheless consciously does it, or insistently demands it, is a heretic – even if he wears the Roman Purple.

Later, in October of 2017, the German cardinal made it once more clear that those who claim that a divorced Catholic may enter a new, quasi-marital relationship are excommunicated. He then said:

That is to say, he whoever claims that one may enter a new relationship while one’s own lawful wife is still alive is excommunicated because this is an erroneous teaching, a heresy.

This statement is further explained by his own words: “Thus, if someone thinks he can contradict the defined Dogma of a General Council [Council of Trent], then that is indeed quite vehement.” Brandmüller then adds: “Exactly that very thing is what one calls heresy – and that means exclusion from the Church – because one has left the common foundation of the Faith.”

As a reminder, Bishop Athanasius Schneider actually just made very similar statements about heresy and excommunication in an interview with Onepeterfive concerning the female diaconate and female priesthood. For the sake of further strengthening us in the truths of our faith, I therefore present a longer and sincere, as well as confirmatory, quote from him:

By Divine institution, the sacrament of Holy Orders (sacramentum ordinis) can be administered only to a male person. The Church has no power to change this essential characteristic of this sacrament, because she cannot change a substantial aspect of the sacraments, as taught the Council of Trent (cf. sess. 21, chap. 2). Pope John Paul II declared that the impossibility of ordaining women is an infallible teaching of the Ordinary Universal Magisterium (cf. Apostolic Letter Ordinatio sacerdotalis, n. 4), hence it is a Divinely revealed truth, belonging to the deposit of faith (cf. Response of the Congregation for the Doctrine of Faith from October 28, 1995).

Whoever obstinately doubts or denies this revealed truth is committing the sin of heresy, and by doing it publicly and pertinaciously, the sin becomes a canonical crime, which entails the automatic excommunication (latae sententiae). There are a number of clerics, and even in the episcopal ranks, who are nowadays committing that sin, thereby separating themselves invisibly from the community of the Catholic Faith. To them one could safely apply these words of God: “They have gone from among us, but they never really belonged to us” (1 John 2:19).

No Pope and no Ecumenical Council can ever permit a female sacramental ordination (whether deaconate, presbyterate or episcopate). [emphasis added]

To end with another, and a more encouraging, quote from Bishop Schneider; for, he has just said in yet another interview that those with erroneous teachings might have the “administrative power,” but “we have the faith.” And this faith “will last”:

In the cause of truth, it is not a case of numbers, but the truth itself will triumph. In the 4th century, there were only a couple of non-Arian bishops, you could count them on your fingers, and even so, they were supported by the faithful. St. Athanasius said to the faithful Catholics, “The Arians (the public bishops in those times), they have the churches, the buildings, but we have the faith.” Today, again it is true, they have the administrative power, but we have the faith. And this faith is more powerful; this is what will last.

Like Laden...
2018-05-21
Previous Post: Cardinal Sarah: Ordination of Viri Probati is a “Breach with Apostolic Tradition”
Next Post: The Growing German Schism: Warnings, Personal Attacks, and a “Liturgical Dance” 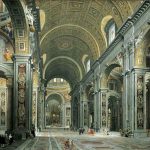 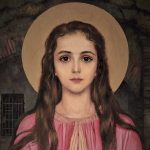